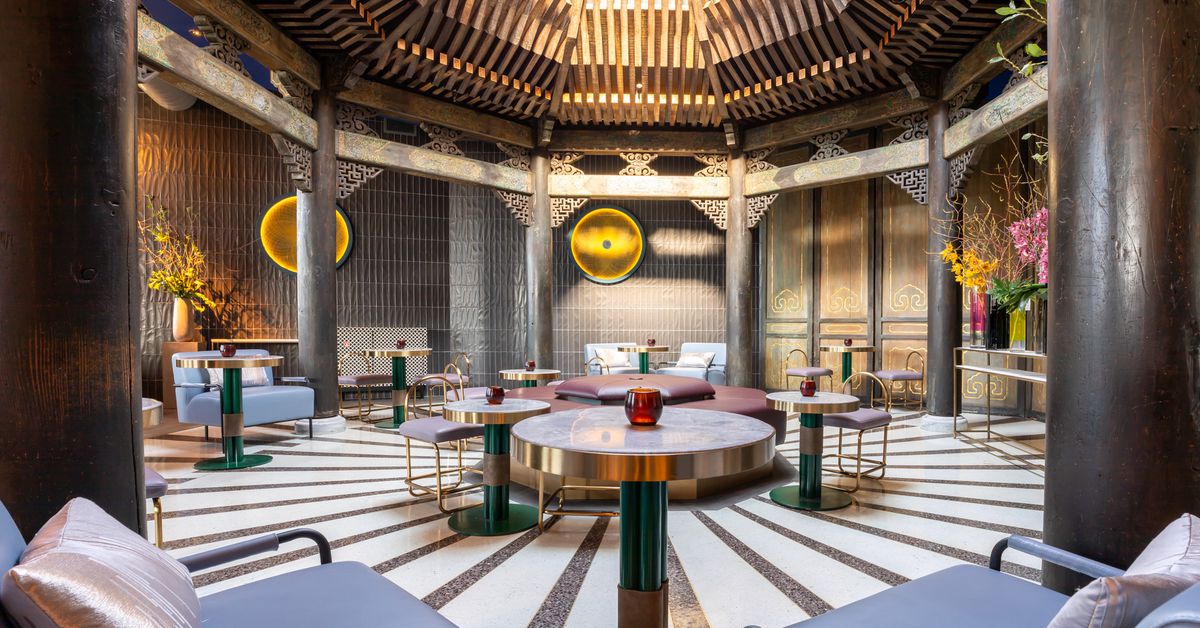 The highly anticipated Empress by Boon opens this Friday, June 18, taking over the historic Empress of China banquet hall. More than two years in the making, the revival of the space as a modern Cantonese restaurant focussing on Californian ingredients is the first solo project for chef Ho Chee Boon, who chased Michelin stars around the world for 30 years as the executive chef at global hotspot empire Hakkasan. With a restored interior washed in blues and updated with modern leather and glass, while keeping the original antique woodwork, it’s altogether one of the most ambitious and exciting new restaurant openings of the last 18 months.

The Empress of China reigned as a banquet hall for nearly half a century. The building was constructed in the 1960s, and the restaurant first opened in the top two stories in 1966, serving elegant Cantonese food with a view over Portsmouth Square. The original Empress was carpeted in emerald green and filled with white tablecloths, wooden lattices, and ornate chandeliers. It served as a special occasion destination, from wedding celebrations to red-egg ceremonies — jacket and tie required — for generations of San Franciscans. The restaurant shuttered in 2014, when the building was sold to new owners, who first intended to put in tech offices, to the outrage of the neighborhood.

The Empress will remain a restaurant, but neighborhood concerns are still simmering: Historic Chinese banquet halls have largely shuttered in Chinatown, and several have been replaced by upscale restaurants, fueling fears of gentrification. Mister Jiu’s took over the former Four Seas to serve Michelin-starred Chinese-American cuisine in 2016, and China Live moved into Gold Mountain to open that massive multi-level dining emporium in 2017. Compounding that, Empress by Boon is opening at a time when the neighborhood is coming out of a prolonged setback as a result of both the pandemic and the racist reaction unleashed over the last 15 months, leading to a striking rise in AAPI hate crimes.

Speaking with Boon about the feelings of the neighborhood, the chef now tells Eater SF: “To tell you the truth, I say everything from my heart, and the truth is that I didn’t know about a problem. I only knew about it … after many months.” Boon originally grew up in Malaysia, but has cooked Cantonese food for 30 years, traveling the world with the Hakkasan group, known for its luxury restaurants and nightclubs from London to Vegas. He’s opened more than 15 restaurants for the chain, including the dimly lit, clubby San Francisco location in 2013, which closed permanently during the pandemic.

“I’m here to do something good for Chinatown, actually, that was my intent … ” Boon says. But “now that we’re opening, I have to prove that we’ll be doing something good for Chinatown.” He hopes to attract more business to San Francisco Chinatown as the city reopens and travelers return — especially because the neighborhood lost significant visitors and dollars during the pandemic, in part due to heightened xenophobia.

Boon became aware of the Empress space in 2011, when he first wandered past the lion statues at Dragon’s Gate and up Grant Avenue, brunching on xiao long bao in the vast top floor, which seated a hundred people. “When I came to San Francisco, I always wanted to do a restaurant here,” Boon says. “I love the people here in Northern California. They’re open. Everyone is smiling.” He says he “loved everything about” the historic space, with its elegant tall ceilings and regal gaze across the city. “One thing is the views. You can see the old San Francisco and the new San Francisco,” Boon says. “And with the design, we wanted old and new to come together.”

The Empress inhabits a tall and narrow building, with an unassuming entrance on Grant Avenue. But ride the elevator up to the sixth floor, and step inside a many-layered restaurant with sweeping views. Atelier LLYS design studio refurbished the space, putting in washes of moody blues and modern leather banquettes and glass partitions. But they kept original details, including the antique wooden pergola and carved panels, originally imported from Taiwan. Altogether, the 7,500-square-foot restaurant holds 156 seats, but it unfolds in several spaces: The tea lounge under the pergola is an octagon flooded by a skylight and surrounded by low tables, while a bar that faces it features leather stools pulling up to a marble horseshoe. A long dining room runs along the north side, with deep blue booths drinking in the view of North Beach. Walk back past the bustle of the kitchen, and slide into another large dining room looking over the FiDi.

After so many years of crafting consistent menus for a large luxury group, Boon is excited to execute his own style, which he describes as Cantonese techniques with Californian ingredients — plus some Szechuan flavors and some of the Southeast Asian comfort foods he grew up eating. He’s opening with a prix-fixe menu for $68, which starts with small bites, such as steamed shrimp dumplings topped with caviar, and smoked baby pork ribs with clove-laced plum sauce; and moves into main dishes, including a grilled rib eye topped with a mapo tofu–inspired sauce, and hand-pulled noodles with a trio of lacy mushrooms. Vegetables like bok choy, pea shoots, and ice lettuce are coming from the restaurant’s own farm in Gilroy, although exceptionally small Peking ducks are being flown in from the chef’s longtime favorite producer in Pennsylvania.

Pastry chef Rory MacDonald, coming from Dessert Bar, Gordon Ramsay, and Hakkasan, has a “perfect” egg tart for dessert, the shuddering custard flecked with Tahitian vanilla and topped with rhubarb and strawberries, as well as a passionfruit cheesecake with a sure to be Insta-famous caramelized baby banana. Emily Parian (the Saratoga, Dear Inga), is crafting cocktails, including a lychee-rum concoction that’s as blue as the space, Baiju (the Chinese spirit) served like a negroni and spiced with star anise, and rye washed with duck fat and sweetened with plum syrup. Given the pergola, there’s also a lovely tea list, pouring out delicate chrysanthemum buds, early harvest jasmine, and darkly roasted oolong. And there’s more to come — while it’s prix fixe to start, Boon plans to add an a la carte menu in a month or so, and maybe even an afternoon tea service, to sip under the pergola.

Hopefully, the star chef will deliver on his promise, and find specific ways to support the recovery of San Francisco Chinatown. But at least upon opening, it is wonderful to see the old Empress back in her full glory, with striking and delicious dishes reawakening these hallowed halls.

Empress by Boon opens this Friday, June 18. Opening hours are Monday through Saturday, 5 to 10 p.m., starting with a prix-fixe menu for $68, with a la carte options to come. 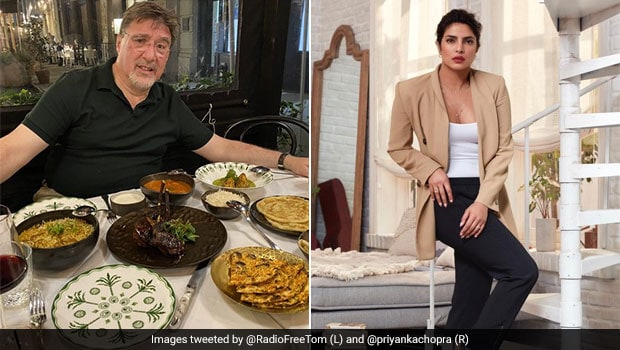